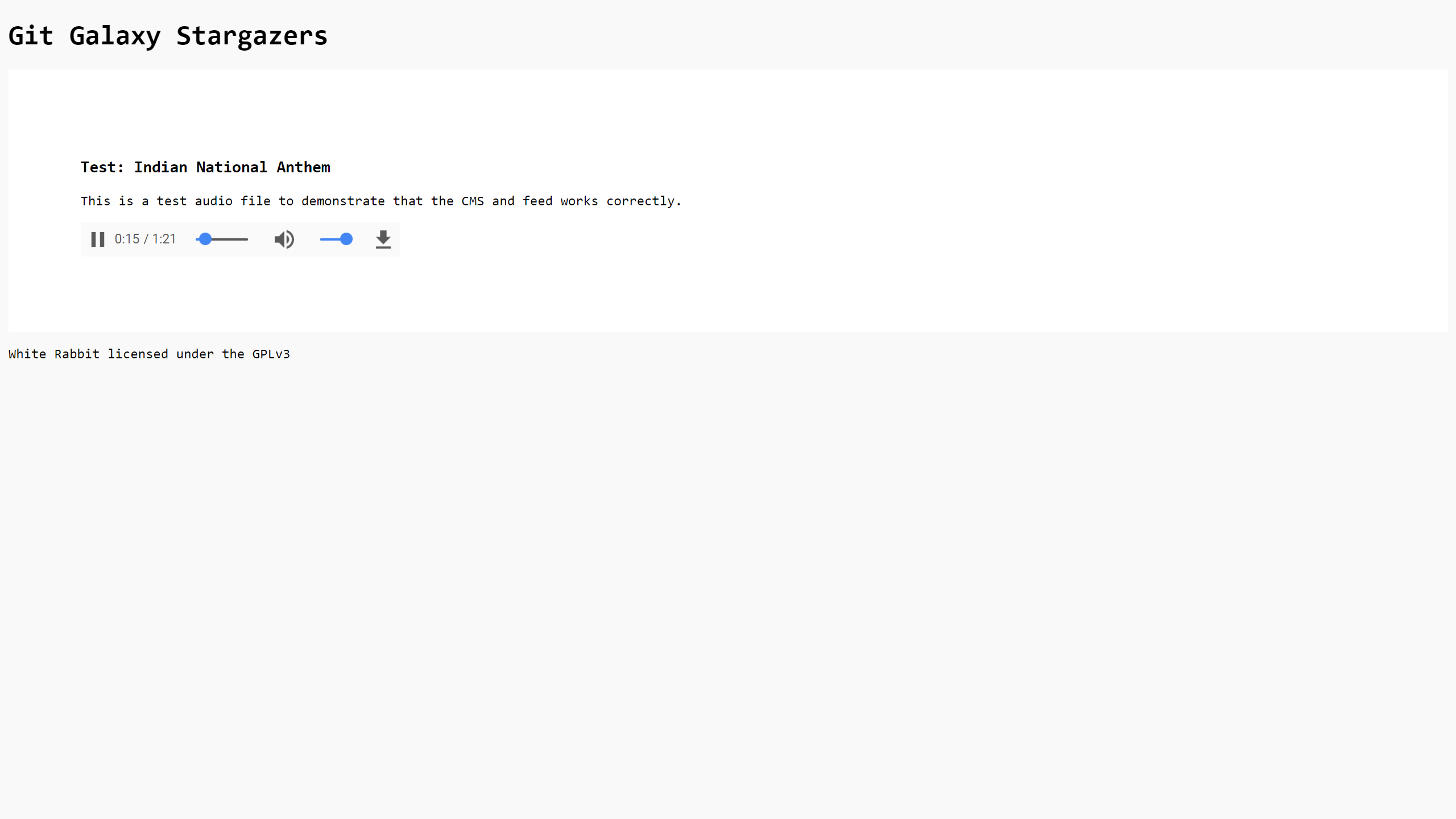 So, it’s been a little while since the last update, and in that time I’ve made some fairly decent progress on fully testing White Rabbit. While I am still scratching my head over how to implement iTunes-specific XML tags into the gorilla/feeds library, I’ve gone ahead and deployed it to a Droplet. It’s a small, 512MB VPS (the original goal was to have it run on the same server as this Ghost blog but thanks to some Ghost/nginx/Let’s Encrypt snafu that’s not possible) that runs the software wonderfully (granted, it’s pretty minimal).

Deployment is still difficult at this point. It requires an install of Golang 1.8 (I did this in Ubuntu via snap install –classic go) and some manual file creation, namely the podcasts/ directory. It’s also advantageous to touch feed.rss feed.json if you don’t immediately upload an episode. You also need to do a couple go gets.

But it does work, for the most part. It will freak out if you upload an mp3 without shownotes, and files need to be named in a specific format (by design, although with the admin interface you won’t need to worry as much), which is YYYY-MM-DD_TITLE NAME.mp3. Shownotes are YYYY-MM-DD_TITLE NAME_SHOWNOTES.md. Convoluted, a little bit, but it’s still being worked on, and again, once the admin/publish interface is done this won’t be such a glaring issue.

In the end, you’ll have a couple options - a raw RSS and JSON feed to pick from, and a basic frontend that allows you to see the shownotes and play back episodes. It’s super basic as of right now but it’s functional for debugging.

I’ll be writing up a larger piece about my experience creating this software in the future, but I wanted to let you know that the basic CMS is currently online at podcast.gitgalaxy.com. Feedback is very much welcome at our new email [email protected] Any general questions or comments can be directed there, and any White Rabbit specific questions should be directed to [email protected] Issues should be opened on GitHub.